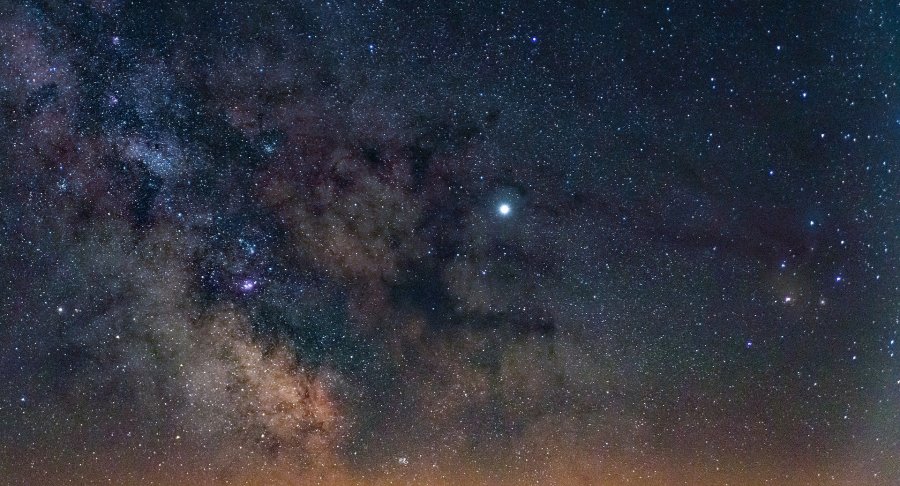 Grey skies gave way to blue, relieving Anna’s anxiety when she could once again sight the thin line of the elevator descending from orbit to the horizon ahead, confirming they remained on track. Navigation by assuming the seas rolled in their direction did not fill her with confidence, and in those hours and days she most keenly felt the lack of the inertial compass, lost to the depths with their makeshift raft weeks earlier. Ca-Tren appeared sure of their direction, but her comments to the Orta notwithstanding, she remained an adolescent, and not in Anna’s mind a proven ocean navigator.

The visual reference of the elevator, however, made all such worries moot. On a clear day it made a better navigation aid than any other tool, as all they need do was point their boat toward it, or slightly upwind of it to account for drift, and sail on.

The clear nights revealed no further lights upon the horizon, no sign of pursuit, giving Anna yet another reason to breathe easier. Far from land, from the lights of any community, and with none aboard their tiny boat, the stars shone brighter than ever, with the ever-present arc of the ring station bisecting the sky. Each passing night brought it that much closer to directly overhead, competing with the arc of the galactic core for brightest object in the sky whenever the moons were below the horizon.

So Many Stars, and So Quiet

Ok, before you read any further here, stop right now, click that link, and read the scene, because I don’t want there to be any spoilers! Then come back here when you’ve done that.

So, some of you may have noticed that, at long last, I am returning to one of the central themes of this story. One might even say it is the central theme, given the title. What is that theme?

Why, the Fermi paradox, of course. I refer to the famous luncheon at which Enrico Fermi exclaimed, somewhat out of the blue, “But where is everybody?” And, of course, everyone else at the table knew precisely what he meant by that.

I won’t go into details here. It’s easy enough to google it, but I do want to discuss Fermi and the Drake equation which sparked his outburst at that luncheon in the first place. However, I think the topic is fully deserving of its own dedicated blog post, so I’ll come to that later, assuming there’s interest.

Hundreds of billions of stars in our galaxy, so where is everybody?

On another topic, I have a practical question to ask all of you. No doubt you’re aware that I have a menu at the top of this page, and every scene in the story is accessible through this menu. They’re listed in order, grouped by chapter, of which there are currently eight. Most chapters have six scenes in them. But, I have a problem now with this menu structure, and I need your opinion.

When I first start posting scenes, they were not broken out into chapters, but it didn’t take long before the menu became far too long a list to practically navigate on the page. It was cumbersome and awkward. So that was my main motivation in creating chapters, as a way of adding hierarchy levels to the menu so this would be easier.

But now the list of chapters is long enough that, on my laptop with its 13″ screen, when I select Chapter 8, I can’t see all the scenes in the chapter (and so far there are only five) unless I do some awkward scrolling of the menu. It seems to me that this really detracts from the experience. Does it seem that way to you?

Perhaps you don’t even use the menu structure, and you just use the hyperlinks at the end of each scene to find your way to the next. Or perhaps you follow the link from the post in Twitter, FaceBook, or the WordPress Reader, or from the email notification that some of you receive when I make a new blog post. But if you are coming here for the first time, or after an absence, and are looking for the latest scenes, or wherever you last left off, I think that menu is helpful. So I’d really like it to be user-friendly.

So I might need to add another layer to the structure, grouping chapters together into parts, or even acts (though then I might be giving too much away for those familiar with the standard three- or four-act structure, plus that might not lend itself well to solving this particular problem). So, you would click on the title, and then see a sequence of parts, and in each part a number of chapters, and then in each chapter a number of scenes.

What do you think? Good idea? Bad idea?